Consider a pedestrian, a car and an accident. In road traffic accidents, pedestrians often sustain the worst injuries if their head hits the windscreen. A highly complex simulation process has now enabled TECOSIM to map the consequences of a head impact on laminated glass in a realistic, efficient way using a computer for the first time. This new process is the result of a state-funded research project lasting more than years. Glass simulation can now be used to improve pedestrian and road safety right from very early stages of vehicle development. 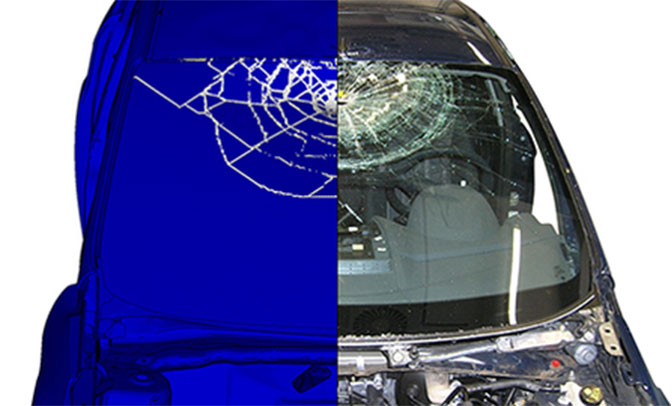 Certain technologies are only a recent development. One such invention is highly accurate computer simulation to enhance protection for pedestrians who hit a laminated glass windscreen head first. Until now, automotive and windscreen manufacturers either had access to relatively simple crash simulations, where a sheet plate is used instead of laminated glass, for example, or simulation methods which were so complicated that they were not practical for everyday use. TECOSIM has now managed to map crack formation and propagation in laminated glazing consisting of two layers of glass and one layer of polyvinyl butyral on a computer, producing true-to-life results and a method suitable for everyday use, thus ensuring greater road safety for pedestrians.

Greater Safety Thanks to Simulation

Testing the strength of laminated glass windscreens is not a problem in itself. All you need is a sledgehammer. Real tests with dummies and technical equipment which emulate a human head are also possible. However, such tests can only be performed on existing vehicle models. It’s a different case when manufacturers wish to develop a new series of vehicles since there is no existing design and there are no materials to test. Accurate safety tests and precise predictions for new models have not been possible until now. With the findings from TECOSIM’s study, the consequences of head impact can now be predicted using a computer and the risk of injury can be considerably reduced, in keeping with TECOSIM’s slogan ‘Better life by simulation’.

What happens when a head hits a windscreen fitted at a particular angle? At what point in time is the glass likely to fail? How safe are increasingly popular panoramic windscreens in the event of a rollover? What can be modified at critical points of impact in the frame and struts? How can the position of the dashboard be optimised in the passenger compartment to reduce risk of injury not only for adult pedestrians, but also for children, cyclists and motorcyclists? After a preparation, development and research stage of almost two years, findings are so well-defined that Ford now uses the simulation methods developed by TECOSIM to plan new models and automotive designs. 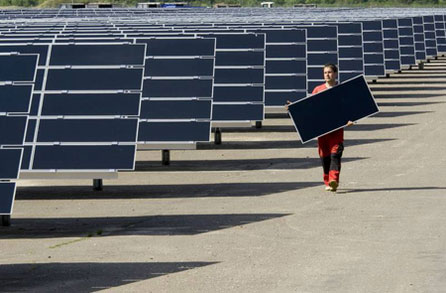 The consequences of a crash and improvements to pedestrian safety can thus be shown at an early stage of a car’s development. This includes everything from the improvement of the glazing itself through to modified angles and a better positioning of panes, all of which minimize the risk of injury.

Simulation Can Save Lives:

We use cookies to give you the best possible user experience. If you continue browsing the site, you consent to our use of cookies. More